Contact us
Audience Research Process: A Case Study with Archbee 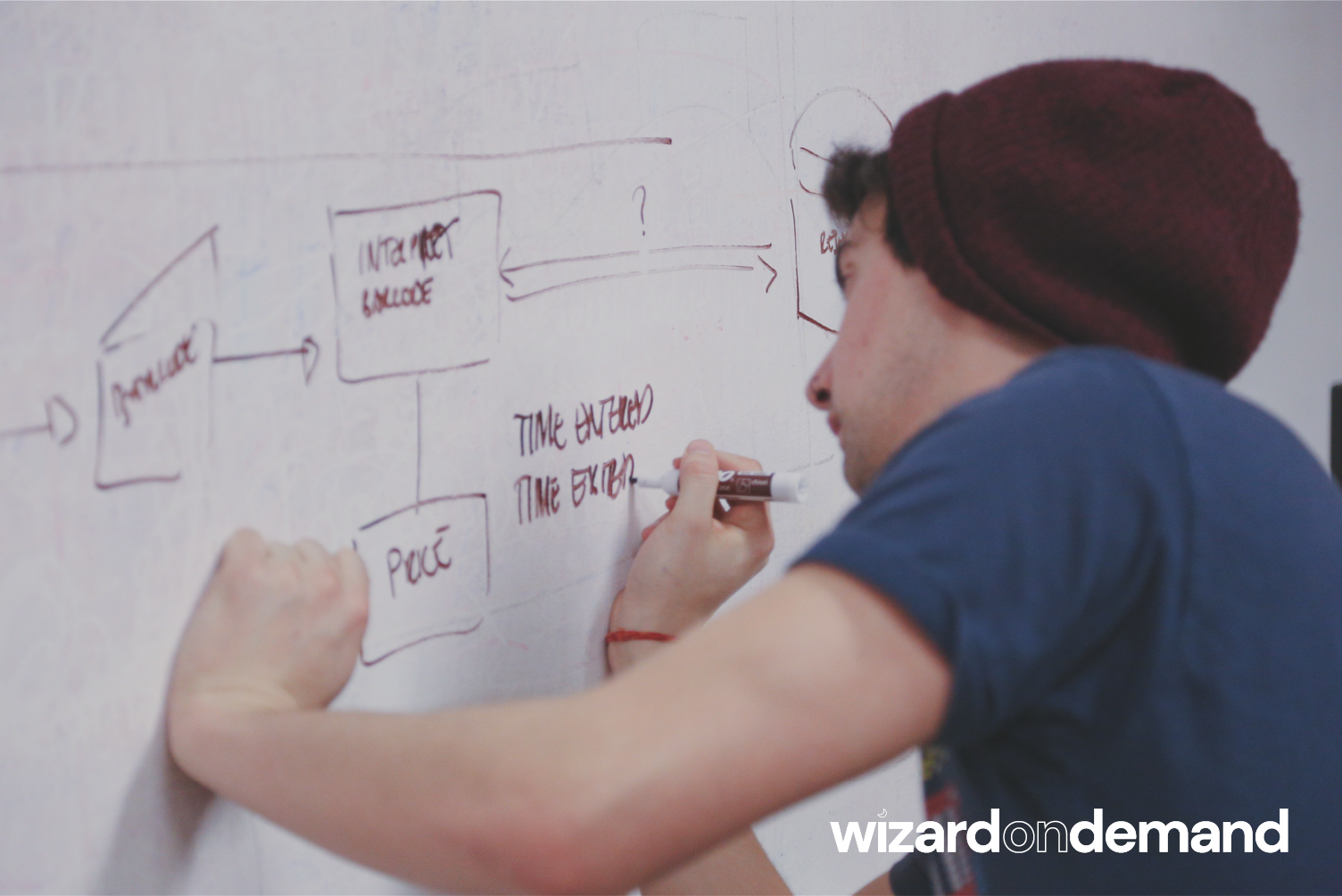 The more you know about your blog’s audience, the more ability you have to address your readers’ needs. Audience research is a key way to learn more about who is engaging with your blog. Executing audience research correctly can massively increase traffic and conversions you get from content marketing.

In this case study, we show you how Archbee, a B2B software-as-a-service (SaaS) company in the documentation space, did audience research and what they found during the process.

Archbee makes tools for creating and hosting technical documentation. The company was founded in 2019. Archbee’s customers are mainly software startups and technology companies.

Archbee’s tool addresses the pains of growing teams in two categories: internal process documents, where it offers an alternative to Google Docs; and self-hosted sites for technical product documentation.

Archbee has most recently raised $1M in a seed round led by YCombinator and Inovo Venture Partners.

Claudiu Dascalescu is Archbee’s Growth Marketer. Claudiu is in charge of managing the company’s marketing strategy and figuring out the right mix of channels to use.

When Claudiu first contacted us to talk about content production, the Archbee team was considering investing $60,000-100,000 per year into content marketing. In order to determine whether the investment is viable, Claudiu and his team needed to understand how technical content would result in new paid customers for their SaaS product.

While Claudiu was already talking to customers regularly, Archbee was still making some assumptions about its buyer profile. These assumptions about buyer personas prevented Claudiu from making a confident decision on what content to create.

“We knew bits and pieces, but we didn't have an opportunity to really focus on defining the buyer persona. We needed more insights to decide on what content to write,” says Claudiu.

A suggestion that we provided to the Archbee team was to document more specifics about their buyer persona and to understand the pain points Archbee is solving in as much detail as possible. We recommended launching a simple survey to current customers and then following up with some of the respondents to conduct in-depth interviews.

How Archbee went about audience research

The goal of the audience analysis was twofold:

1. Understand more details about their app’s buyer persona.
2. Figure out what kind of content to post on their blog in order to add more paid users of the right kind.

The Archbee team already knew that most of their paid users came in through the product-led funnel where users sign up for their app directly, without sales assistance, and eventually convert to paid plans. The key questions were how the buyers found out about Archbee, and what content on the Archbee website prompted them to sign up.

As a starting point in learning more about the buyer persona, Claudiu put together a user survey consisting of 10 questions about the user’s role in the company, how they learned about Archbee, and why they chose Archbee’s solution over competitors.

He then set up a campaign to distribute it using the in-app chat. ”I just set up a Google form and shared it through our chat app which we use for the onboarding process,” says Claudiu. “So when a new user signs up, they’ll get a questionnaire about their role and goals after a few minutes of being active in the app.”

Around 200 users saw the message with the survey link in the first two weeks, and around 40 people took the time to respond to all survey questions during that time. Claudiu and team then interviewed the sub-group of respondents that was open to sharing in-depth answers. In addition, Claudiu asked the Sales team to let him join a few product demo calls. “I sneaked in a couple of questions like, what does the prospect usually do in their day to day job and which pain points do they experience.”

Surprise! The buyer persona is not who Archbee originally thought

When we initially connected with Claudiu,  the Archbee team was considering targeting developers with their content. But through the learnings from audience research and follow-up interviews they found that the buyers of their software were almost always non-technical.

“The survey allowed us to focus on the person who was actually purchasing”, says Claudiu. While each Archbee account can have tens or hundreds of users, only a few users from each account are responsible for making the purchase decision and pulling out their credit card.

”When we started asking users how their paid account was created, we saw the person making the purchase was rarely a developer”, Claudiu adds. “Yes, some of the folks that purchased a subscription were CTOs. But that's already a management function, rather than an individual developer. Most of the buyers are not technical at all.”

Through their interviews, Claudiu and his team understood  that it’s not the developers who are in charge of  finding a documentation tool. Rather it’s usually a company’s non-technical co-founder, a Product Owner or a Technical Writer who will sign up for various tools and evaluate them. In the coming weeks and months, the Archbee team will continue gathering user feedback by sending automated emails to all new users and asking them about their needs.

Based on the updated buyer persona, Archbee is now putting together a new content strategy focused on getting paid users. Their content will be aimed at product managers and non-technical co-founders — and not at developers as they originally planned. In the next few months, the Archbee team will cover topics like employee onboarding and team processes on their blog to attract managers and co-founders to the product.

Developers are still relevant for the company’s marketing. “Developers are frequently the ones writing documentation. and documentation is one of the use cases Archbee can help with,” clarifies Claudiu. However, the focus for Archbee will be on non-technical users, as they are much more likely to buy.

We asked Claudiu for tips that other B2B SaaS growth marketers could use to more effectively understand their target audience for content marketing. Here are the top tips Claudiu shared.

Tip 1: Use the data you already have

Take advantage of the data you already have. For example, support chat history provides great visibility into customer pain points. “Besides my marketing tasks like email marketing, ads, SEO, I as a Growth Marketer need to spend around 20% of my time doing support or being in the support system,” says Claudiu.

Interacting with support tickets is a great way to learn about your audience. It’s especially helpful if you don’t have enough interviews scheduled, or if you are only getting started with audience research and want to find the right questions to ask.

Consider additional data points that you can get from sales data enrichment services like Clearbit. For Claudiu and the Archbee team, enriching the contacts helped narrow down their buyer persona.

“We pulled a list of customers and enriched that data using Clearbit, and that’s when we saw that most account owners are non-technical”, says Claudiu. The data enrichment service helped the Archbee team discover this insight by surfacing the job title of their app users.

Tip 3: Get started - you’ll get better at it as you go

Setting up the interview calls with users, having a list of questions like trying to ask, asking open-ended questions can be overwhelming at first, but these actions are key to getting valuable insights from your interactions with your users.

“As a marketer, you can get better at it as you go. So it's not rocket science, it's just getting started.”

Get help with audience research

Does lack of audience research currently prevent you from investing in content marketing? Don’t have the time or the resources to get the target audience analysis done?

At Wizard on Demand, we specialise in content marketing for technical audiences like CTOs, developers, data analysts, and machine learning engineers.

Over the past three years, we have developed an audience research process that’s tailored to software-as-a-service companies. During the research process,  we work closely with business leaders and get insights through detailed interviews with our clients’ customers.

Back to Blog
Help Us Help You 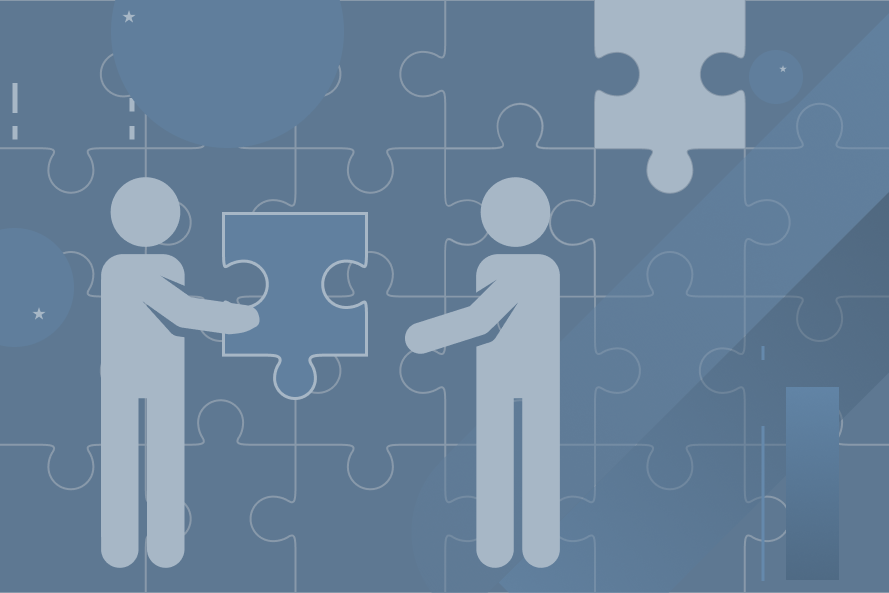 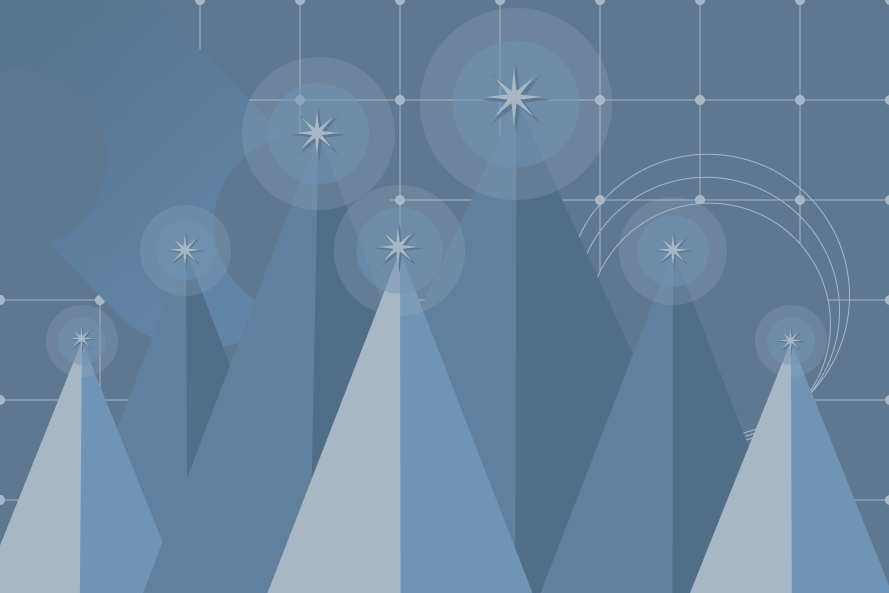 Why Work as a Technical Writer 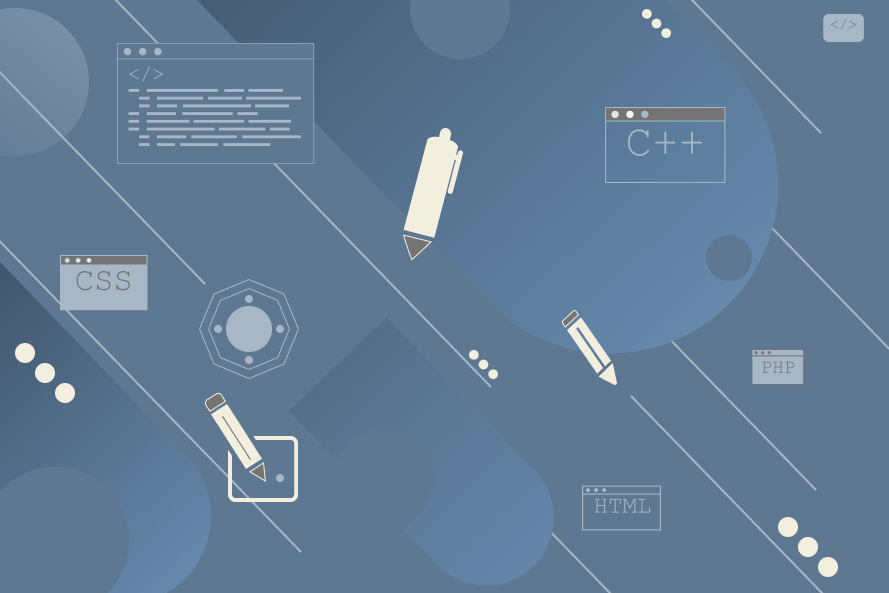 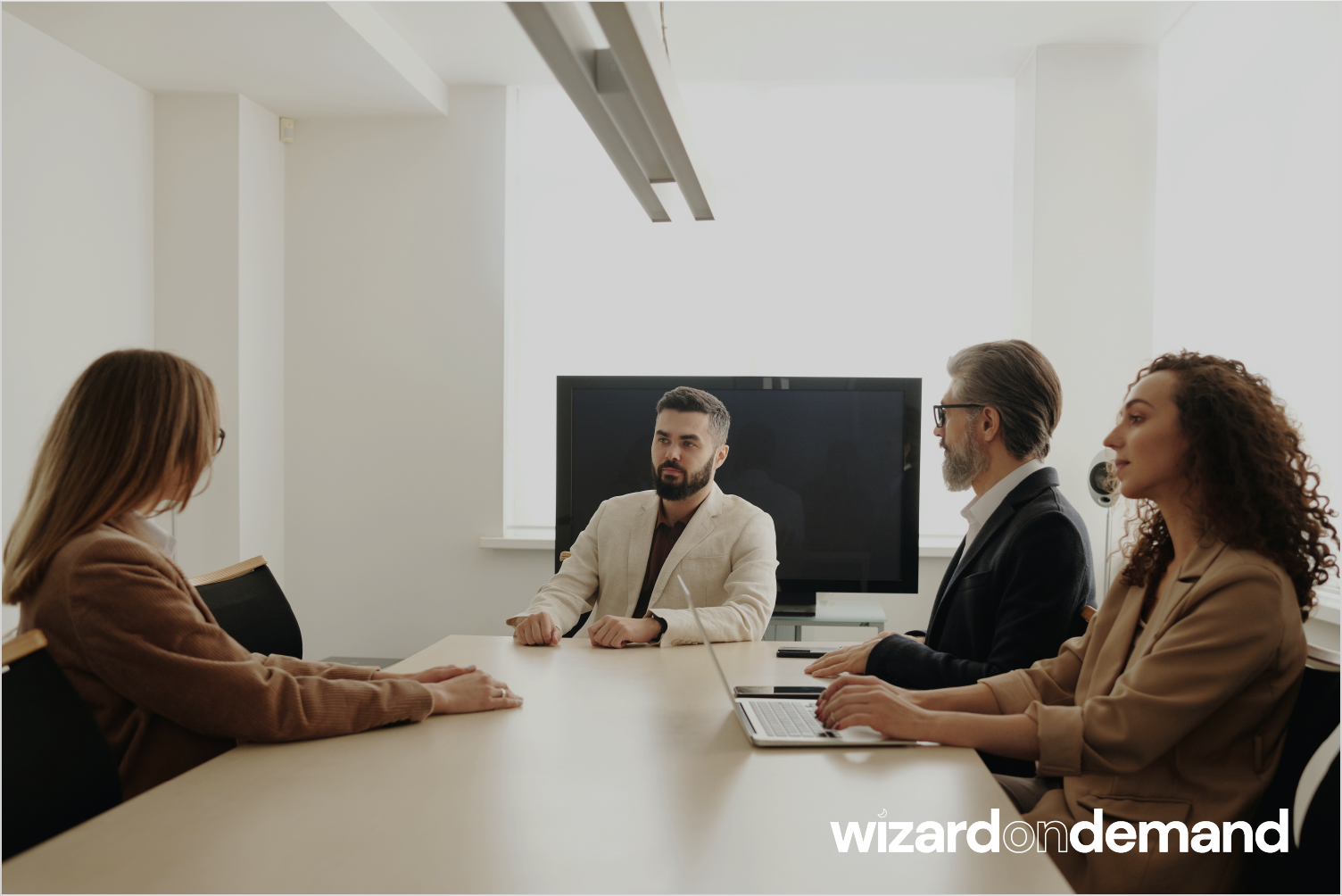 Content attribution for SaaS - A case study with FlowMapp 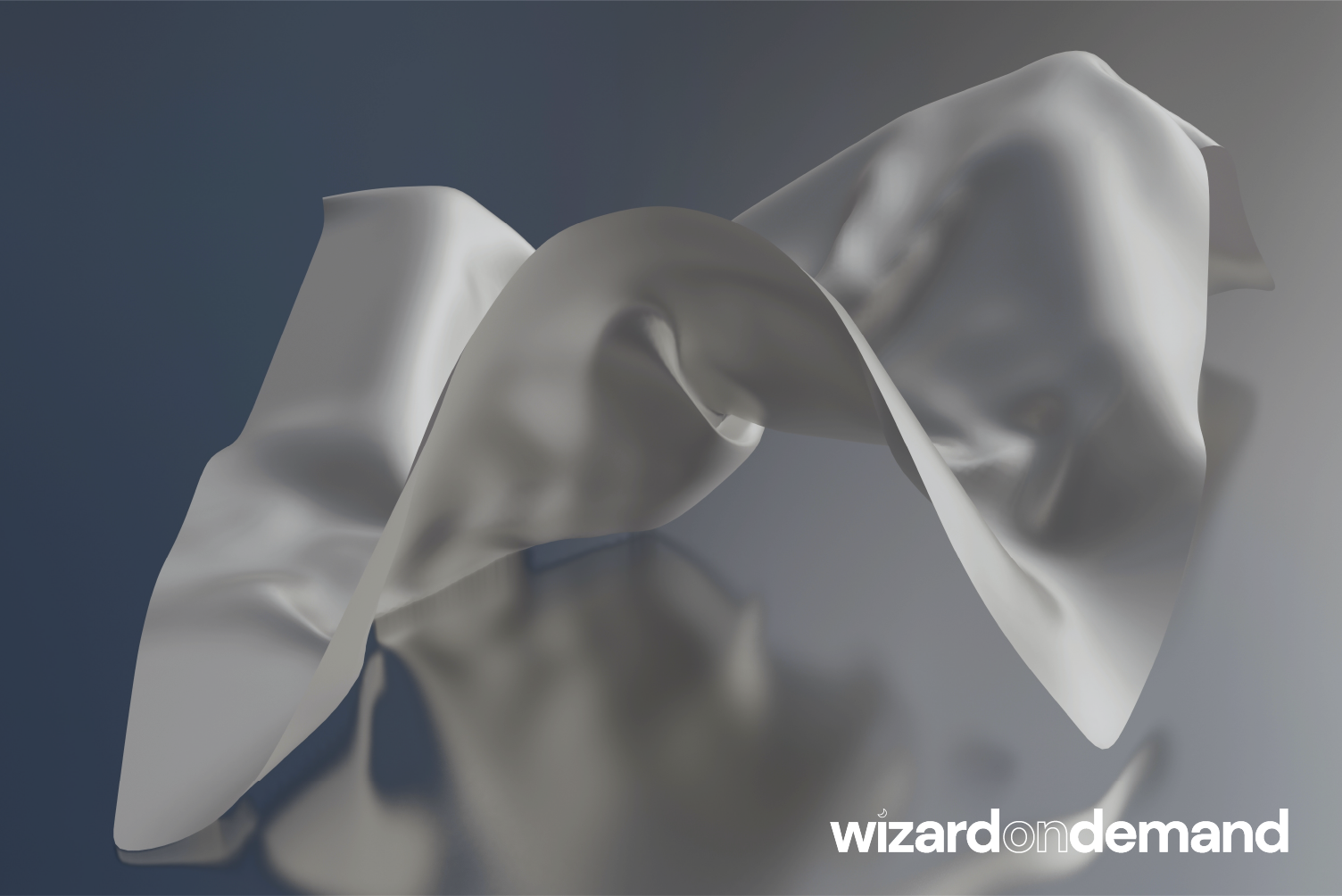 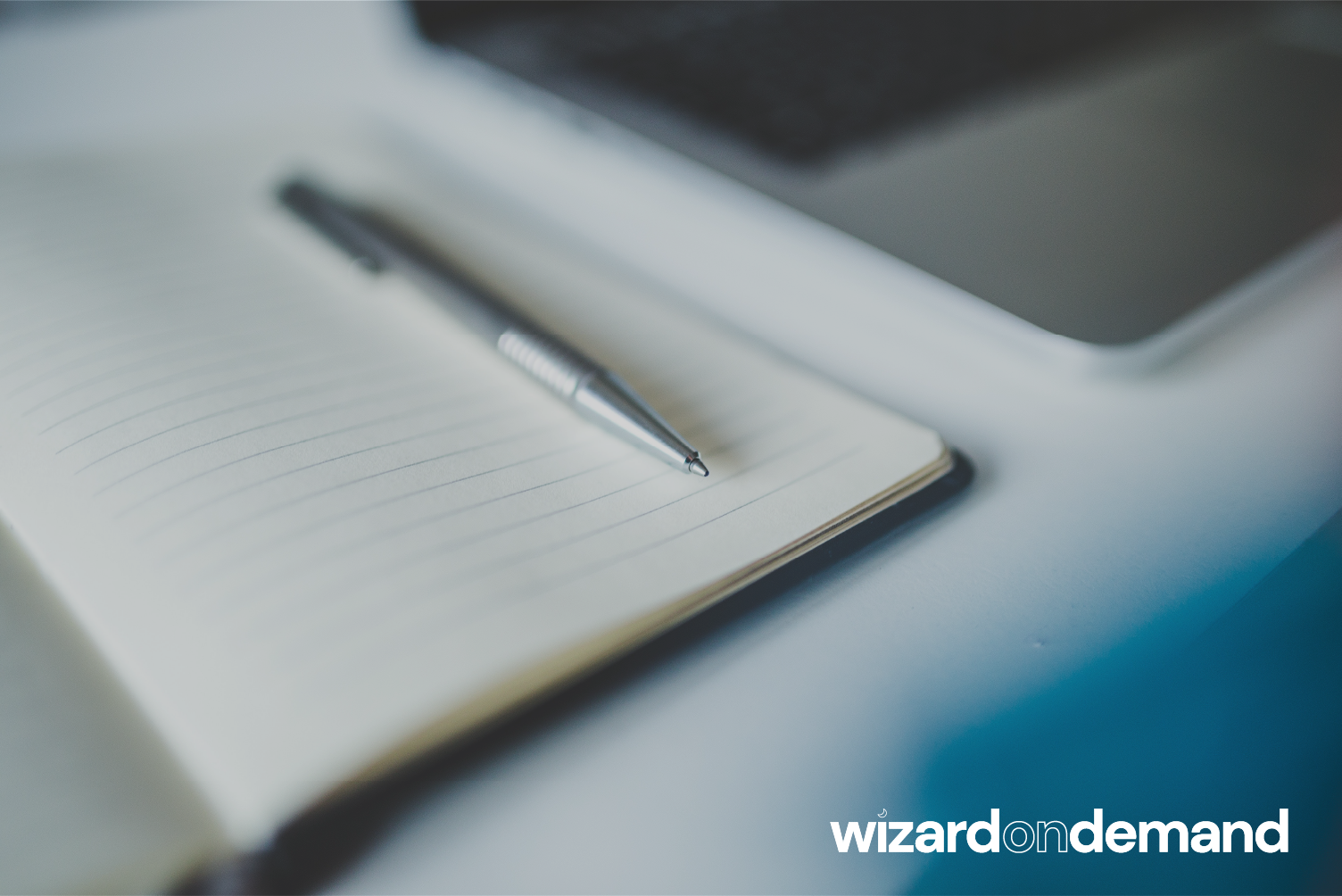